My name is Leehy Packer and I was born in Israel in 1946. I have a Master’s degree in Speech and Audiology, finished film school and directed documentaries for Israeli TV. Worked as a DJ for 10 years. We always had dogs. 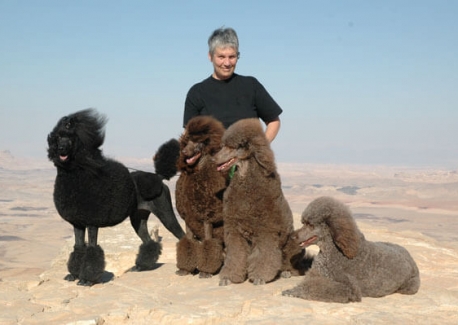 Gurit (our keeshond puppy) with my mother and me in 1953 After Dusty the Afghan died at the age of 14, I wanted a more “communicating” dog. The choice was Kiri our first standard poodle who joined our family in 1982. 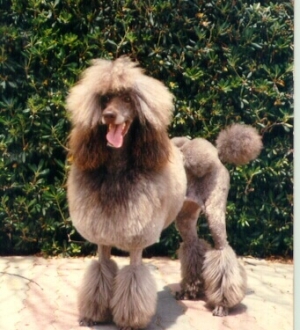 In 1996 when my youngest son left home for the army, I started getting more seriously into the“poodle world”. I have been the head of the Israeli Poodle Club for almost 7 years. I quit this job OnAugust 2008. Now I am an active member at the Israeli Kennel Club. I am very proud to get these certificates from the IKC My home is in Tel Aviv . Our dogs live with as part of the family.AVIVIM means the spring season – a time of blossom, optimism and revival. I am a certified FCI poodle judge. Judged in Israel and in Europe.

Read interview with me on Europudel Magazine