Four standard Poodle bitches live with me and I don’t keep males at my home. Two browns and two blacks with brown genes. They are free in our whole house as a part of the family and my grandchildren love to play with them. 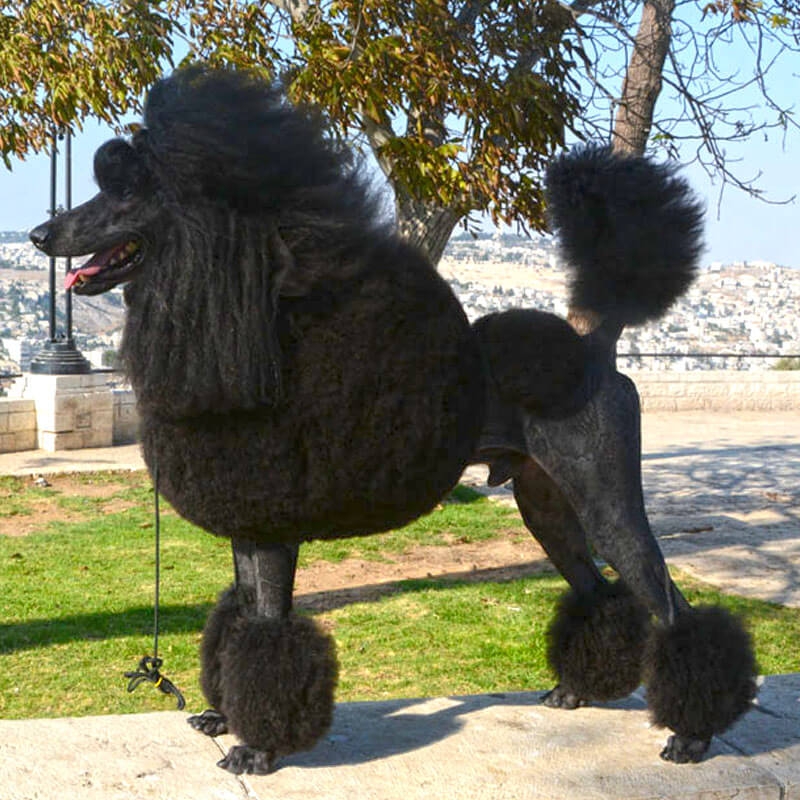 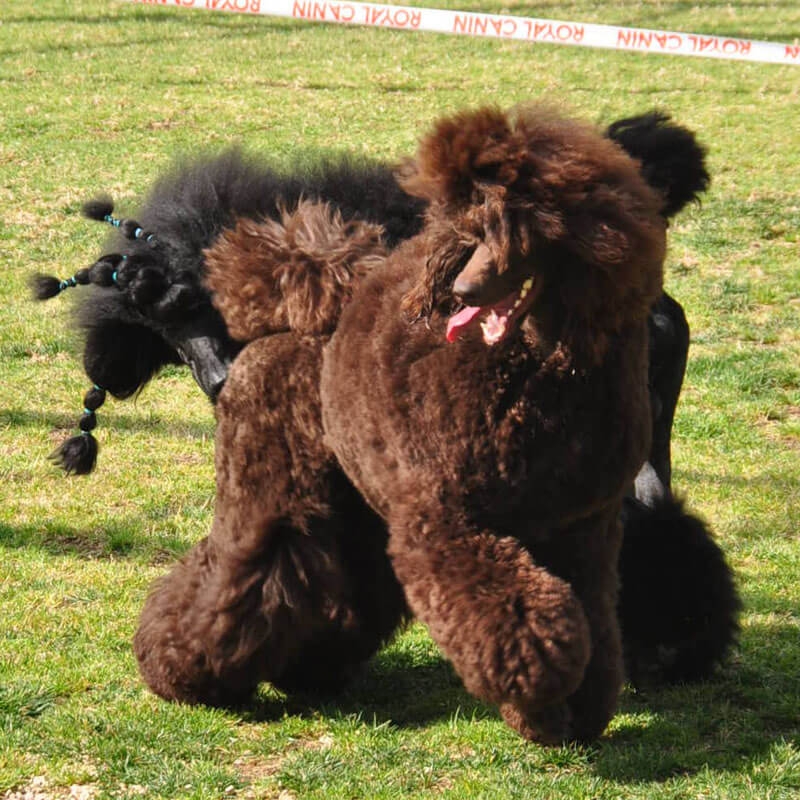 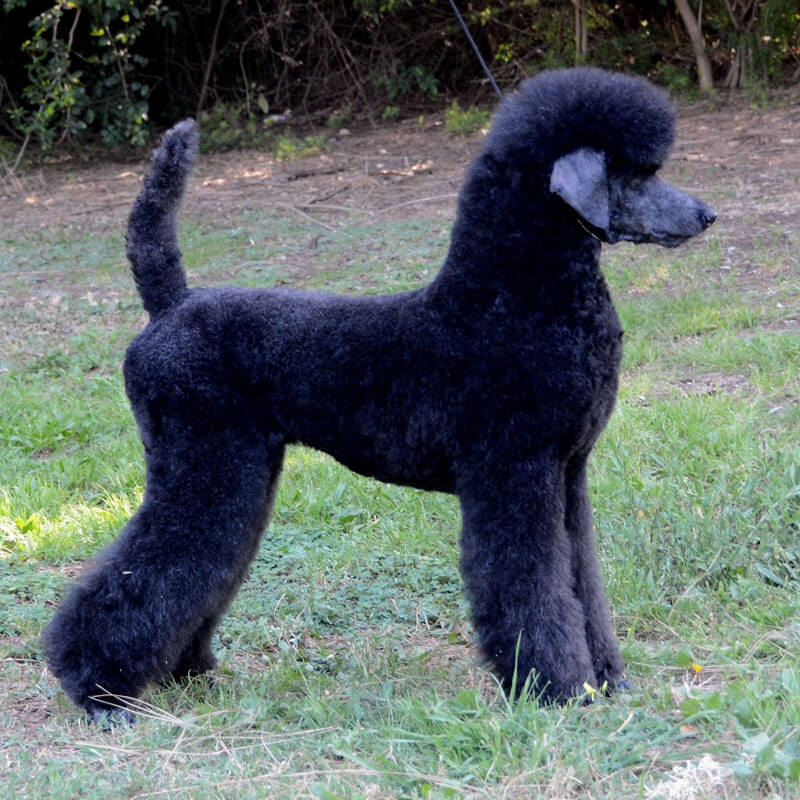 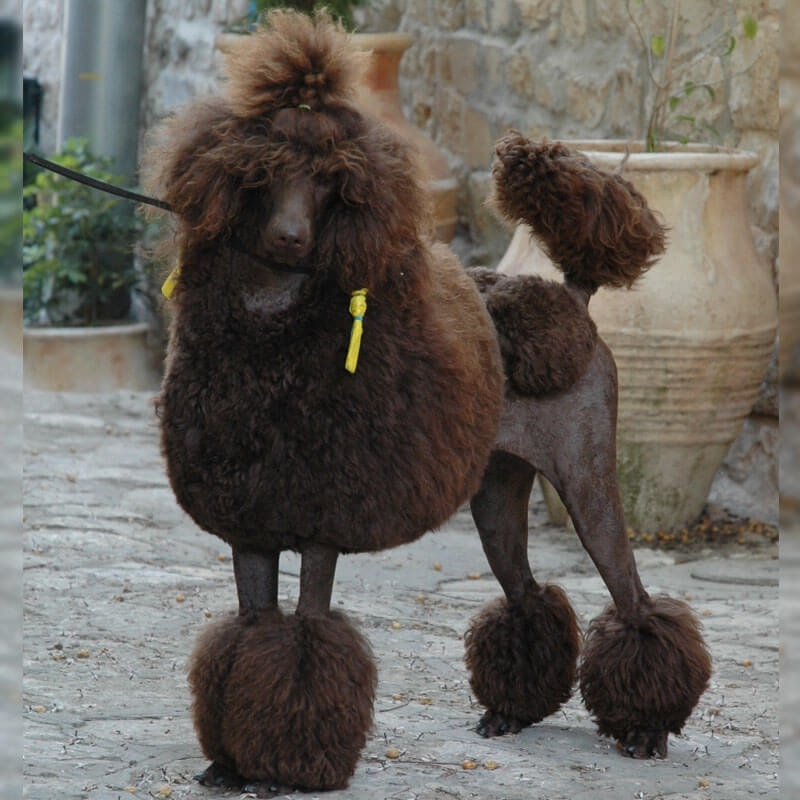 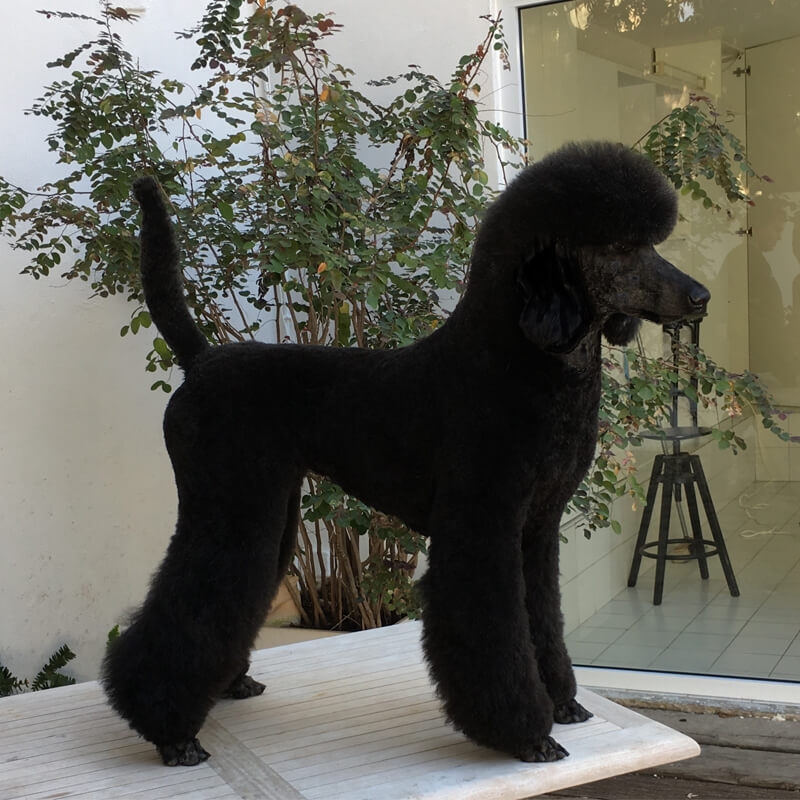